Fear of dementia: how it affects our wellbeing and what we can do about it

By Riona McArdle28th May 2020Blog, Research

“Thinking about dementia, I feel a lurch in my stomach, an anxiety in my gut. I’m afraid of the ‘slippage’… I’m talking about minor examples; you can’t recall somebody’s name or following the series on TV. That kind of loss of power, loss of agency.”

Excerpt from an interview with an older Irish adult as part of a research study at Trinity College Dublin, Ireland.

Many of us worry about developing dementia. Recent polls suggest that dementia has become the most feared health condition among people over the age of 50, surpassing heart disease, cancer and stroke. This fear is understandable. The number of people living with dementia is increasing worldwide, which means that we are more likely to know someone who has been affected. We are also hearing more about dementia in the news and on TV. These stories tend to focus on the most negative aspects of the condition, with dementia being sensationalised as a ‘bomb ready to explode’, a ‘tsunami’ and ‘worse than death’. This harmful narrative promotes stereotypes of dementia that fuel fear.

Fear not only influences how society views dementia; it also affects behaviour at the individual level. Fear can cause people to hide their symptoms and avoid talking about them with family, friends or healthcare providers, resulting in delayed diagnosis and access to support. Fear can also affect people who are not experiencing visible symptoms (i.e. cognitive changes that can be observed clinically). For example, someone who is highly anxious about developing dementia may become hyper-focused on looking for signs of the condition, such as every time they forget a name. This excessive self-monitoring is mentally exhausting and can actually increase cognitive lapses such as forgetfulness, which reinforces the initial fear.

As a dementia researcher, I want to better understand fear of dementia and its impact on health and wellbeing as we age. In a recent study I carried out at Trinity College Dublin in Ireland, I tested whether fear of dementia affected peoples’ quality of life and perceived memory failures. Healthy older adults aged 55+ were asked to complete a questionnaire about fear of memory loss as a warning sign of dementia. Some questions probed specific fears, such as becoming dependent on others, being treated differently by friends or colleagues, and loss of identity. Other questions asked about behavioural coping strategies, like avoiding social situations for fear of embarrassment.

Over half of respondents (57%) said they worried about losing their memory and feared how people would treat them if this happened. A further one quarter of people said that they were unsure how they felt, while 18% reported that they were not worried. Importantly, these findings suggested that being more fearful of memory loss was strongly associated with reporting lower quality of life and increased memory failures. This effect was independent of participants’ general anxiety levels and memory test scores, meaning that dementia-specific fears negatively affected people regardless of their actual memory abilities.

Word cloud generated from interviews with older people, dementia care partners and healthcare providers on the topic of dementia-related fears. The image shows the most common words associated with memory decline. The size of the words indicates how frequently they came up in interviews.

These findings suggest that experiencing high levels of fear about memory loss can have a negative impact on general well-being among older adults. So, what can we do about this? First, it is important to accept that fears are not all bad. On the contrary, fear can be beneficial – in small doses. Oftentimes, fear is a necessary motivator for action; it gives us the courage to try new things, face challenges and seek out support when we need it. Fear only becomes a problem when we experience too much of it, as illustrated in the examples above. Fortunately, our fears are malleable, and so we can moderate them with the right strategies.

Because fear typically comes from a lack of knowledge or misinformation, one of the best things we can do is educate ourselves about dementia and learn from people with lived experience of the disease. Part of this process involves recognising that every person’s experience of dementia is different. As the common saying goes, ‘when you’ve met one person with dementia, you’ve only met one person with dementia’. The same can be said for dementia care partners. Equally, it is important to recognise that people with dementia can continue to live well for many years and contribute meaningfully to society. By gaining a more balanced perspective of dementia, we are not only addressing our fears, but also helping to reduce societal stigma associated with the condition.

As well as increasing our knowledge of dementia, we can manage our fears through our own behaviours. Recent research evidence suggests that up to 35% of dementia cases could be prevented by targeting health and lifestyle risk factors, such as smoking, physical inactivity and social isolation. So, by engaging in positive lifestyle behaviours and staying socially connected, we can take practical steps towards reducing our risk of developing dementia. By taking action now, we can challenge our fears, and in doing so, promote a healthier and more hopeful society for everyone.

“It’s a different life, but it’s still a good life. Just because I have a cognitive impairment, doesn’t mean I can’t function. I’ve gone from thinking my life was over, to a place that I could never have dreamed of. Because of Alzheimer’s, I’ve addressed royalty, governments, the European Parliament, world health organisations and global pharma companies. My message is this: please do not lose your voice to dementia.”

The research study discussed in this blogpost was funded by the Irish Research Council (New Foundations Engaging Civic Society grant awarded to Francesca Farina) and carried out in collaboration with the Alzheimer’s Society of Ireland, as well as researchers at the University of Cambridge (Dr Marc Bennett), Maastricht University (Dr Bert Lenaert) and Northwestern University (Prof James Griffith). Link to the article pre-print: https://osf.io/qcf2d/. 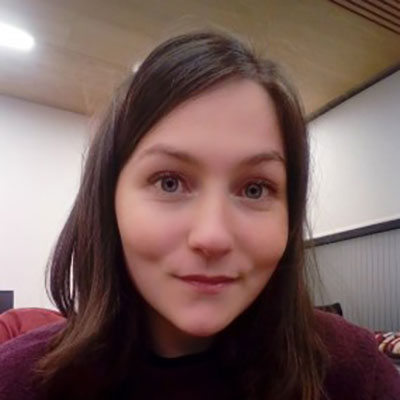