Dementia in Low and Middle Income Countries: How can technology aid diagnosis?

My grandmother was diagnosed with dementia in 2016, aged 84, and declined significantly in the spring of 2017. In the first consultation with her General Practioner, he simply told her that her symptoms were due to her age. “Live a good life,” he said. It wasn’t easy to hear, but there doesn’t seem to be any better advice around in Low and Middle Income Countries. My grandmother passed away this year, but she was who inspired me to be part of the Global Brain Health Institute as an Atlantic Fellow for Equity in Brain Health. Because of her, I began a new journey to examine the implementation of cognitive assesment tools that allow the early diagnosis of Dementia and Cognitive Inpairment from primary care.

It started with many questions.  Why was my grandma diagnosed at such a late stage of the disease? Why had the doctor never mentioned cognitive impairment in the first consultation and just describe her symptoms as a part of ageing? Why she was referred to a psychiatrist instead of a geriatrician? Why, Why, Why….?I couldn’t understand why there were so few options for her, and found myself looking for alternatives.

During this difficult time, I became more aware and interested in the diagnosis and management of dementia in my home country of Cuba, and I realized that cognitive impairment and dementia diagnosis in most of Low-and Middle-Income countries (LMIC) depends largely on clinical suspicion. There are no standardized, easily applicable diagnostic tests, leading to approximately 50% of dementia cases are missed in primary care settings. This means that people are often not diagnosed until later in the disease course.

Diagnosis of Dementia and Alzheimer Disease (AD) in Cuba: Pros and Cons

The Cuban population is one of the oldest in Latin America.  The prevalence rate of dementia is between 6.4-10.2% which is relatively high to levels reported in England (4.3%) and North-America (6.0-9.5%). Dementia is the leading cause of disability in older adults, and the largest contributor to dependency, care needs, financial burden, and psychological stress on the caregivers in the country. Consequently, early and accurate diagnosis of neurocognitive disorders (NCDs) from primary health care is crucial, and can significantly benefit patients and families through better support and management of the condition.

There are current strategies going on in Cuba to improve the diagnosis of mild cognitive impairment and dementia by using technology,  including the use of Technology-based cognitive assessment, known as TabCat. Preliminary data demonstrates a high sensitivity (0.96) and specificity (0.85), indicating that TabCat is able to accurately detect 96% of cases who have a significant cognitive impairment, and correctly identify 85% of cases who do not have signs of significant cognitive impairment,in comparison with other commonly used paper tests such as the Montreal Cognitive Assessment (MoCA). This provides us with early evidence that TabCat can detect all types of early decline and provide valid scores for levels of cognitive  and functional impairment.

BUT, after the validation of TabCat in Cuba, there were still plenty of other questions left to answer. Is it feasible to extend TabCat to every primary care consultation countrywide?, Can older adults understand TabCat? Would be the primary care providers engage with this project?, What are the budget implications for the extension of TabCat in a Low- and Middle-Income Country (LMIC)? As a caregiver, a general practitioner and a biostatistician, these are some of the questions that came to my mind.

We realized that we needed to conduct a feasibility study in Cuba, to determine if a complex, community-based health intervention, such as TabCat, would be feasible and sustainable in the long term. The diagnostic process of dementia and cognitive impairment typically starts in primary care, such as your local GP, and Low and Middle Income Countries have limited economical resources. This means that costs and confidence in dementia assessment are important to explore before there can be any further implementation of any brain health assessment tool in primary health care.

The TabCat project team have a number of questions for GPs to answer. We want to know if healthcare providers are aware of the importance of early detection, planning and support of neurocognitive disorders, such as dementia. We want to assess primary care practioners confidence and abilities to effectively implement and interpret cognitive assessments, such as TabCat. We are interested in identifying the major barriers for diagnosis and management of dementia in primary care practice, and in understanding the differences between the practices of GPs, neurologists, geriatricians and psychiatrists.

What are the answers that GPs have given us?

The most commonly cited barriers to diagnosis and management of neurocognitive disorders in primary care included: lack of access to advanced training in neurocognitive disorders, difficulty interpreting results of neurodiagnostic tests (neuropsychological testing, brain CT or brain MRI) and inadequate time and expertise to educate patients and families after a diagnosis of dementia. Only 40% of physicians screened apparently asymptomatic patients for cognitive impairment, including dementia. The diagnosis of cognitive impairment depends mostly on suspiciouns from the patients and clinicians, as there is no easily applicable diagnostic test in Cuba.

The Budget implications’ are still been analyzed. The current health expenditure in the country (% Gross Domestic Product) is 11.7%, which is superior to High Income Countries (HIC) like Ireland (7.2 % GDP) but  the aging population is expected to increase the dependency ratio (i.e. the ratio of those not in the labour force, such as older adults and children, and those in the labour force) — from 54.7 (children and older adults to every 100 people of working-age) to 67.7n 2025, leading to a higher pressure on public finances in the country. Coupled with the COVID-19 pandemic, this current economic model makes any health intervention in Cuba an immense challenge.

The end and the beginning of the trip

From these findings, I am hopefully that it is possible to improve diagnosis and management of patients with dementia in Low and Middle Income Countries like Cuba. But we are only at the beginning of this journey. If we want to execute and sustain any diagnostic intervention in these countries, it is essential that we improve decision-making in healthcare, supported by effective budget impact analysis and engagement of primary care practioners. Although my grandma was not there to see me take the first steps of this journey, she continues to inspire me to create change in the diagnostic practices of Cuba, and I hope that this will improve the experiences of other grandparents and older adults as we move forward in this area.

Arianna Almirall: MD, Biostatistician and an Atlantic Fellow for Equity in Brain Health at the Global Brain Health Institute (GBHI) with a successful background in health population and epidemiological studies. Maintains a focus on collaboration with multidisciplinary teams to improve the diagnosis of Dementia and the development of interventions in a sustainable way in Low and Middle Income Countries (LMIC). 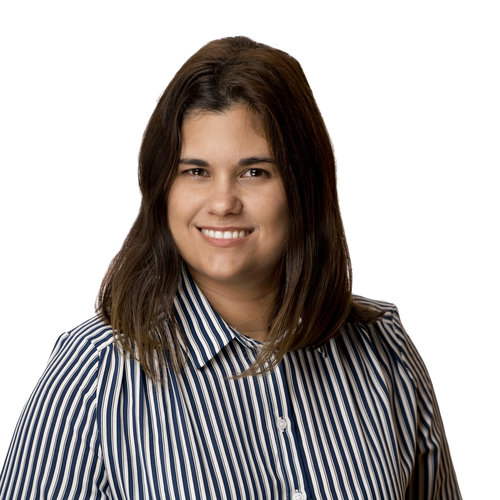