Attention has been on Covid-19 for the last few months. But for those working on the fight against dementia, and supporting people with dementia, the challenge continues. Around 50 million people are affected by dementia worldwide, with nearly 10 million new cases every year according to the World Health Organization. This means 19 new cases of dementia  every minute!

As life-expectancy increases, these numbers will continue to grow. People with dementia progressively lose their cognitive abilities, such as their memory, language, and attention. They become increasingly dependent and may show changes in their behaviour and personality.

Despite this multitude of causes, the different types of dementia have much in common.  In neurodegenerative types of dementia, such as Alzheimer’s disease, there is a build-up of harmful “junk proteins” in the brain, as well as chronic inflammation (Figure 1). These “junk proteins”, such as the proteins called amyloid and tau, impair the ability of brain cells to function properly, and ultimately cause premature death of brain cells. This cell death leads to brain shrinkage known as atrophy, and the manifestation of dementia symptoms. But this does not happen immediately, as it has recently been shown that the build-up of junk protein starts decades earlier.

Figure 1. Schematic representation of some of the junk proteins, inflammatory processes, and brain atrophy that can be seen in different types of dementia. The image was made with BioRender (https://biorender.com/).

Dementia researchers and doctors have a common aim. We want earlier and better diagnosis, which will allow us to develop and administer more effective treatments. Despite progress in understanding the causes of the disease, and large-scale clinical trials, there are still no treatments that can halt or prevent the illness.

Why do we need to understand what dementia looks like in the brain?

For many different types of dementia, we have learned a lot about how the disease affects the brain by studying donated brains of people who lived with dementia. This has led to the classification of different types of dementia according to which type of junk protein or proteins have built-up in the brain. In the laboratory, genetic and animal studies have discovered fundamental molecular and biological mechanisms of neurodegeneration which are crucial to guide new drug discovery, by characterising new targets and potential treatment strategies.

Beyond laboratory work however, it remains imperative to study what causes dementia in the human brain in people who live with dementia; people with a tremendous diversity in culture, ethnicity, and health who have unique memories, personality, social and language abilities. To take into account the diverse backgrounds and the inter-individual variability in people with dementia can help us to uncover common risk or protective factors, and shared features of these conditions. To allow the study of brains of people living with or at risk of dementia, there have been rapid developments in brain scanning techniques. These can now identify and quantify the junk proteins in the brain and measure brain atrophy with great detail.

How can brain scans help us understand and treat dementia?

When researchers use the term brain scanning (or neuroimaging), they refer to a “toolkit” of different types of scanners. Together, they enable the visualisation, identification and quantification of disease processes, measuring the structure, function and chemistry of the brain. For example, Magnetic Resonance Imaging (MRI) can be used to assess the shape and size of the brain (Figure 2, right panel), measuring the atrophy and the communication between different areas of the brain. With MRI, one can map the networks of the brain and their breakdown. It is like a road map of information processing for memory, perception, thought and language. On the other hand, molecular imaging techniques such as Positron Emission Tomography (PET) use special “dyes” (called ligands) to measure the junk proteins themselves, or the chemicals needed for the communication in the brain. PET imaging can assess biochemical and molecular changes that harm the brain and lead to dementia, including the inflammation (Figure 2, left panel) and junk proteins (Figure 2, middle panel).

Brain scanning techniques play an important role in dementia research, uncovering different pieces of this jigsaw puzzle. MRI and PET are part of common clinical practice for making a diagnosis. But special uses of PET and MRI go further, and are currently only used in research (i.e. new PET tracers for inflammation, tau and synapse loss). These techniques can be applied on many individuals, and can allow us to understand what the brain looks like in people with specific symptoms or types of dementia, compared to people of the same age who are not experiencing any symptoms. Different research centres all over the world can use the same brain scanning techniques and share their data in order to collaborate and assess variability between people of all different backgrounds.

Longitudinal studies in which the same participants are assessed at multiple time points are crucial for dementia research, as they can show us how the brain and behaviour change over the course of dementia. Indeed, a growing branch of research is investigating how brain scanning can be used to predict future changes of cognition and behaviour in people with dementia. In the future, brain imaging may be able to predict what symptoms and behavioural changes a person with dementia may experience, which is useful for individualised dementia management, selection of candidates for clinical studies and trials, and developing effective prevention strategies and disease-modifying treatments.

Large-scale longitudinal studies in people with dementia, combining brain imaging with genetic and experimental medicine approaches, could be a critical stepping stone for drug discovery. So far, over 99% of treatments which are effective in animal models and were brought into clinical trials have failed. As brain scanning allows us to comprehensively map and characterise  dementia-related changes in the structure, function and chemistry of the brain, these techniques could help the development of new treatments, identifying new targets but also monitoring the effects of the therapy on the brain.

For all these reasons, brain imaging has become one of the main pillars upon which dementia research sits today. Our efforts should continue to be directed towards further advancement of these techniques for the benefit of all dementia research and practice. We all hope that continuing our work in this area of dementia research will lead to a more wide-spread translation of neuroimaging findings into daily clinical practice, dementia management and potential new treatments.

Maura Malpetti is a post-doctoral research associate at the Cambridge Centre for Frontotemporal Dementia and Related Disorders of the University of Cambridge (UK), where she recently submitted her PhD thesis in Clinical Neurosciences. She holds a BSc in Psychology and an MSc in Cognitive Neurosciences. Her research focusses on multi-modal imaging techniques (MRI and multi-tracer PET) and predictive modelling approaches in neurodegenerative diseases, such as Alzheimer’s disease and frontotemporal lobar degeneration. 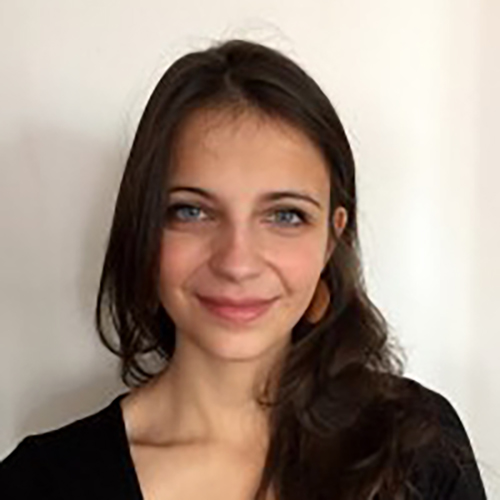