Raising Awareness of Dementia in Kenya

Most health care plans in Kenya have excluded older persons, especially those living with dementia, which makes it more difficult to advocate for their health since it has not been made a priority compared to other diseases that the government supports. Dementia is usually not viewed as a disease but more as a normal part of ageing.

Wambui Karanja, WYLD lead for the African Region, shares some of the key activations during World Alzheimer’s Month 2018, and efforts in raising awareness of dementia in Kenya

Alzheimer’s and Dementia Organization Kenya (ADOK1) is a non-governmental organization which was recently founded to support people with dementia and their caregivers and to create awareness on dementia in Kenya. The work of ADOK is crucial as we see a rise of neurodegenerative disorders here in Kenya.

While speaking on World Alzheimer’s day in Nairobi, Dr Juzar Hooker, a consultant neurologist at the Agha Khan University Hospital, noted that he has seen the number of cases of dementia increase over the past 15 years. As the number of older people grows due to an increased life expectancy in Africa, more cases of dementia are estimated to arise.

ADOK’s first priority is creating awareness on dementia in the country. According to the Alzheimer’s Disease International report on Dementia in sub-Saharan Africa2, there is often no equivalent term for dementia in local languages and a general lack of awareness in local communities. When we held awareness campaigns on dementia, we found that people lacked the term to describe dementia. However, they could understand what we were describing and knew someone living with dementia-like symptoms in the community.

For the first time, ADOK marked World Alzheimer’s month last September and took various steps to create awareness despite shortage of resources. Members and volunteers of the organization came together to engage in various initiatives. The events included visits to different churches to create awareness on Alzheimer’s Disease and other types of dementia. In addition to the five churches we visited, we went to an old people’s home where we donated food items and toiletries and had a fun day with them. We found it more cost-effective to engage already organized groups and institutions on awareness creation compared to organizing independent events.

ADOK appeared on five local national television stations – four of which are English broadcasting stations and one broadcasting in Kikuyu, a local language widely spoken in Kenya. It was the very first time a feature on dementia was done in a local language. The feature in Kikuyu was a huge success as compared to those in English. It gained over 17,000 views on YouTube, while the others received less than 1000 views each. We also realized that we had more feedback on awareness created in local languages than during sessions we conducted in English. This shows the great need for health education in local languages which we tended to ignore before, and with which we need to engage more with.

World Alzheimer’s Day, on the 21st of September, was marked with events at the Kenyatta National Hospital, the biggest referral hospital in Eastern Africa. This was a partnership between the Ministry of Health, Kenyatta National Hospital and ADOK. The event saw attendance by people with dementia and caregivers, government officials, health care workers, and student volunteers. During the launch, Dr. Njuguna, the head of the Department of Mental Health at the Ministry of Health spoke on the need for more research to inform dementia policies in Kenya.

ADOK’s second priority is to support caregivers and families of people with dementia. ADOK has a monthly support group meeting for caregivers and loved ones of persons with dementia in Nairobi. While it is more accessible to caregivers living close to Nairobi, most people living with dementia are in rural areas and we hope we will be able to develop more support groups in other parts of Kenya in the future. Caregivers in a society with such low awareness of dementia often feel isolated and finding a support group is often the beginning of sharing one’s journey with others. During September’s support group, ADOK held an art therapy session for the caregivers. The session was fun-filled and gave the caregivers a chance to express their artistic side.

While Kenya is the only African country developing a dementia plan for now, as recommended by the World Health Organization and ADI, there is a huge need for more support in providing recourses to educate the public on dementia in Kenya and across Africa. Various challenges exist, which won’t be solved if the skills required to solve them are not available. These include creating locally tailored awareness tools for public awareness on dementia and train people who have a wide skillset on dementia advocacy.

For the first time in Africa, we are developing a public health response to neurodegenerative disorders. This hasn’t been done before, we are always winging it, ideating, coming up with our solutions.

This is not easy with low or inexistent financial resources and a lack of skilled people. While the commitment and passion to do the work is present, collaborations and support from organizations and countries that have already done this would be really valuable. Learning and mentorship from these organizations would also help us progress faster in supporting more people with dementia and reaching more people through awareness initiatives.

Interested in finding out more about the efforts in Kenya and how you might work with Alzheimer’s and Dementia Organization Kenya (ADOK)?  Connect with Wambui Karanja, WYLD lead for the African Region on our SLACK network.

PrevPreviousThe “sweet spot” between autonomy and protection: A reflection from WYLD Representatives in Flanders
NextWYLD at the Alzheimer's Association International Conference (AAIC)Next 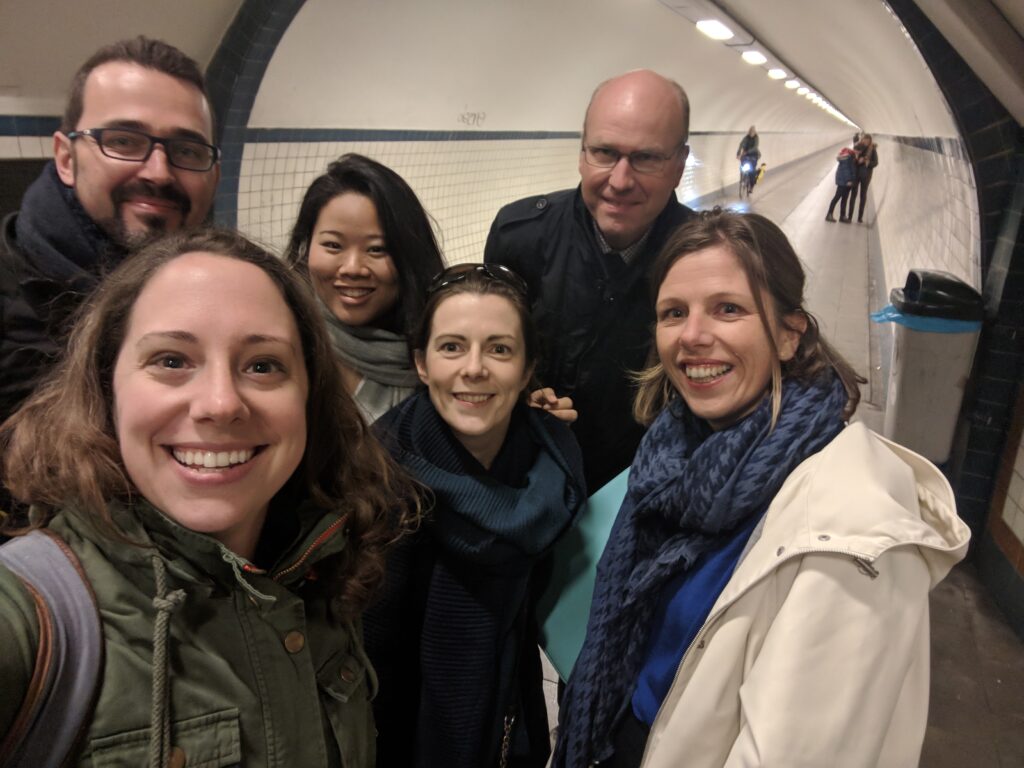 The “sweet spot” between autonomy and protection: A reflection from WYLD Representatives in Flanders

In conjunction with the Flanders Centre of Expertise on Dementia‘s 10th anniversary, the centre held an international conference themed ‘Quality of care,… 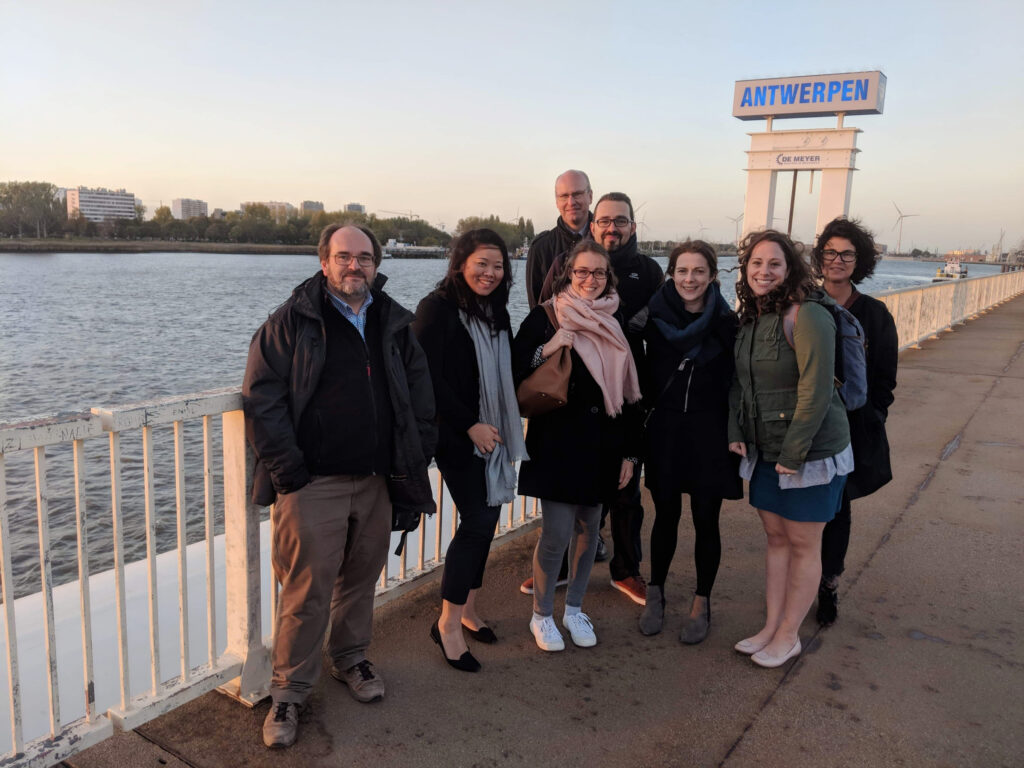 Heartware > Hardware: A Reflection on Hosting WYLD Members in Flanders

In conjunction with the Flanders Centre of Expertise on Dementia‘s 10th anniversary, the centre held an international conference themed ‘Quality of care,… 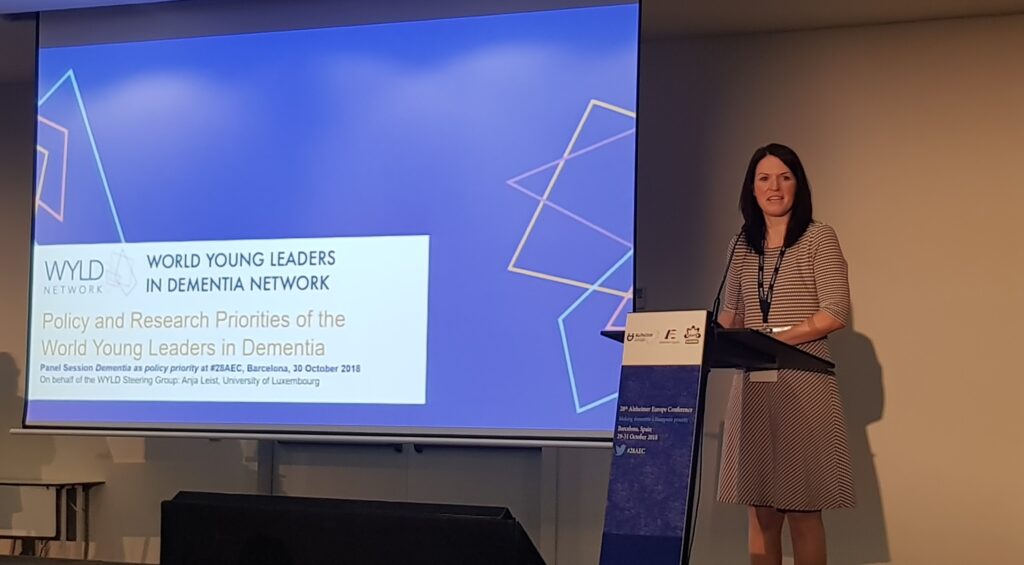 Alzheimer Europe 2018 – A Conference For All

The 2018 Alzheimer Europe conference produced a series of highlights and headlines packed into two busy days. It was also… 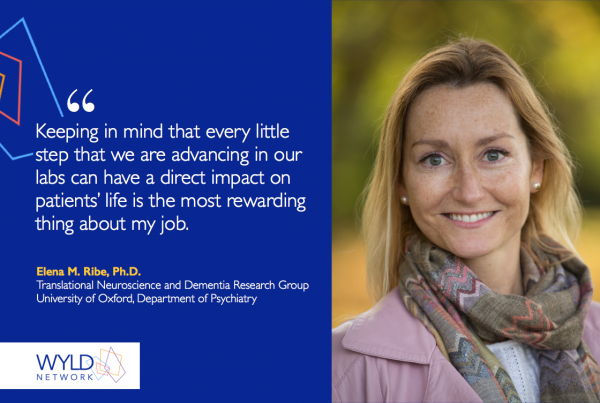 Elena M. Ribe, Ph.D.,  is a neuroscientist originally from Spain and currently working at the University of Oxford in the Department…
WORLD YOUNG LEADERS IN DEMENTIA (WYLD) A.S.B.L.