Being a World Young Leader in Dementia: Between academic brilliance and acts of kindness

Anja Leist is Associate Professor and ERC Fellow at the University of Luxembourg. Her research funded by the European Research Council investigates cognitive ageing from a risk reduction and prevention perspective. Anja is a founding member of the WYLD network and WYLD Strategic Advisor after having served on the Steering Group for several years. She is married and has two children.

When I was first invited to London beginning of 2015 for the meeting of the European ‘Emerging Leaders in Dementia’, I remember I was incredibly nervous to leave my little daughter for the first time, flying to and out of London within the same day. Similar meetings had been held before in Canada, Japan, and the United States. The emerging researchers had been selected by the UK Science and Innovation Network to support the work of the World Dementia Council. But my efforts to attend the meeting were worth it. It was a fantastic experience to meet all the bright young dementia researchers in Europe, and listening to the inspirational speech of Ms. Hilary Doxford, a member of the World Dementia Council who was diagnosed with dementia herself a few years before that day.

Shortly after, I was amongst the few to represent the European Emerging Leaders in Dementia at the first WHO Ministerial Conference on Global Action Against Dementia, where we presented our own ‘call to action’. Suddenly, there were plenty of opportunities to exchange with high-level researchers, non-governmental organization (NGO) representatives, and policymakers, and I benefited from both the enriching discussions and the networking opportunities. These events made me more aware of the amazing efforts that so many people put into finding a cure, providing proper care, and being a voice for people living with dementia.

After the WHO Ministerial Conference, the emerging leaders from Canada, the United States, Europe, and Japan – who were not only researchers but also lawyers, advocates, NGO employees and other young professionals in the field of dementia- continued the discussion. We were all passionate to keep the momentum going.  After all, we had been invited to support the World Dementia Council. Shouldn’t that result in more tangible outcomes than just a call to action at the WHO conference? We decided to form a truly global network. William Hu, an Associate Professor in Neurology at Emory University, came up with the apt acronym WYLD (pronounced ‘wild’) – the World Young Leaders in Dementia network. We support the World Dementia Council since 2016 as Associate Member and represented WYLD at each of their meetings.

No geographic or disciplinary borders

From the beginning, we had decided to build up an inclusive network, not relying on high membership fees or titles like professional societies would sometimes do, and open the network across geographic and disciplinary borders. Now, five years later, I am happy to see the network growing across more and more countries. The ’emerging leaders’ like me were all younger than 35 years old back in 2015 and are of course maturing with the network, but plenty of young professionals continue to enter the network and take on important roles, all on a volunteer basis. You will hear from them in the following blog posts!

A rare and generous species

Not only has WYLD helped me make friendships in the farthest places of the world, it has played an important role in my career. Informally, I had the pleasure to be mentee for some and mentor for others in the network, and both constellations were incredibly rich experiences. WYLD showed me that people working in the field of dementia are a rare species, not only in terms of numbers (publications on neurodegenerative diseases are only 1/12 of the publications on cancer!) but also in terms of generosity and kindness. When I applied for a high-profile grant, Profs. Martin Rossor and Martin Knapp who had supported the network earlier, wrote a great letter of support at the last minute. When I asked in the network for people interested to provide a solicited review on the WHO draft Dementia Action Plan, about 10 people around the world generously gave their time and expertise to make a strong review in a very short time span. Every time we planned a WYLD get-together at the Alzheimer Europe conference, Jean Georges and his team provided kind assistance, rooms, and even some financial help to make these WYLD events happen. We held workshops, symposia and even had a keynote at the Alzheimer Europe conference. In my own research and outreach activities, I learned from WYLD members about the highest standards of user involvement, ethics, and current research findings well beyond my own field of research. Network members share news, best practices, and connect with others not for their personal gain but because it helps the cause.

Not only is the WYLD community supportive and enlightening, the resources WYLD provides give valuable insight into all areas of dementia work. This is done through our blog and our webinars, both of which are undergoing a regeneration to give members a more enriching experience. Kathryn Cherkas, WYLD member in the U.S., is leading a team of volunteers to set up a new, regular series of webinars, while Ríona Mc Ardle, WYLD member in Europe, is managing the blog. If you’re interested in being involved in either of these endeavors, or have a pressing piece of dementia work you would like to hear about or share,  please drop us a line here. 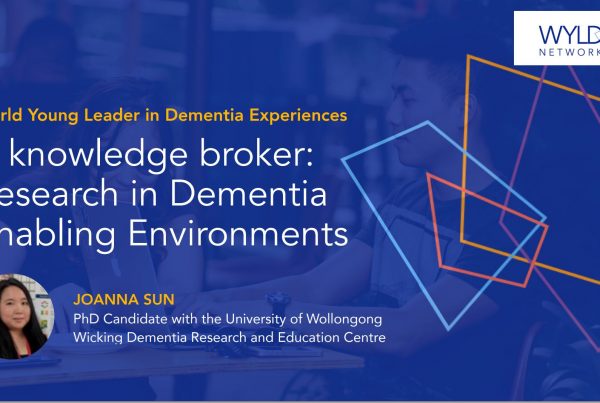 As international and cross-cultural projects in the dementia care continue to increase, there is a growing need to ensure that… 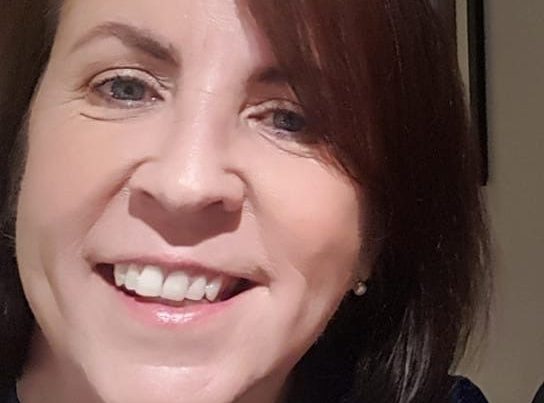 A day in the life of a small charity CEO

Jacqui Cannon is the CEO of the Lewy Body Society in the United Kingdom, whose mission is to fund research…
WORLD YOUNG LEADERS IN DEMENTIA (WYLD) A.S.B.L.